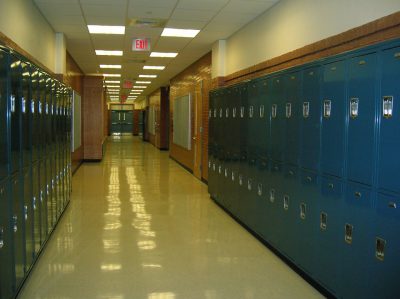 You don’t know ‘til you’re tested, but I really believe
I’d run into a school if shots were fired. Can you conceive
How someone of my height and weight and well-known fear of blood
Would neutralize a shooter, bringing him down with a thud?

Even if I didn’t have a weapon I could fire
I still think I’d be so overtaken with desire
To save those children, whom I love, and quiet down the scene –
Betting on my courage versus his AR-15.

Rushing past the teacher and custodians I’d see;
Maybe even running side by side with Pam Bondi.
Like an orange lightning bolt, I’d break into a run
Making sure there’d be an end to carnage from that gun.

Maybe I’d distract him, saying, “Hey – look over THERE!”
Then deftly disarm him while his focus was elsewhere.
Naturally, if I had a gun then all would be for naught,
Since – calm, cool, collected – I would drop him with one shot.

I would be a hero, but that matters not to me.
You know I’m as selfless as it’s possible to be.
Focused only on the kids, let’s come up with solutions.
Here’s one for you – let’s reopen mental institutions.

Teachers with a sidearm, carried neatly in a holster –
That is one approach I think most certainly would bolster
People’s confidence that schools are safe and nothing bad can happen.
Also – no more violent films, or music filled with rappin’.

Did you hear my wife? She said these kids deserve a voice.
So far all the Congress offers is a Hobson’s choice.
Aren’t these kids terrific? I hope they won’t find it strange
When, after all this bluster, very little seems to change.