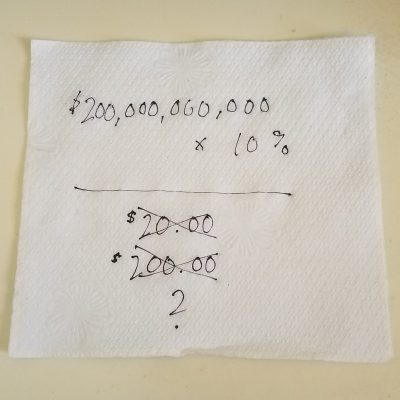 I rode into town as the new Econ Sheriff;
My weapon of choice is a shiny new tariff.
I’m ready to shoot it out over a trade war –
The kind of a daredevil deal I was made for.

Congressman Hawley and Senator Smoot
Insisted on tariffs (the outcome is moot).
Just like those fellows, I share that obsession
(And disregard talk of a Greater Depression).

The way trade was balanced I wanted to spoil;
You might say I was an aluminum “foil.”
There’s steel and there’s soybeans and panels for solar.
Insults and cajoling, as though I’m bipolar.

I went after Canada; their man Trudeau
Told me in two languages just where to go.
I wrestled the EU into quite a headlock,
And over car tariffs, we’re still in a deadlock.

I told South Korea I’ll throw away KORUS
Unless they capitulate; they can’t ignore us.
They must buy American cars, or else Kia
And Hyundai will suffer. Adios – see ya’!

But mostly there’s one nation feeling my wrath;
I toy with them like I’m a sociopath.
For far too long they have been treated with ease:
I’m sure you all know that I mean the Chinese.

While I claim that Xi Jinping is my close friend,
I state our imbalance in trade must now end.
200 billion in goods. Out for blood;
Nipping a stock rally right in the bud.

China says all talk of treaties are dead
If forced to debate with a gun to their head.
I cannot be bothered with their discontentment.
(My right to that gun? Thank the Second Amendment.)

I tweeted that any increases in price
Have yet to be seen by consumers – how nice!
Billions in spending on new plants for steel…
That’s what I claim – even though they’re not real.

There’s hardly anyone else on this earth
Who understands tariffs (or equals my girth).
I did all the math on the back of a napkin
And hope a recession we do not go back in.