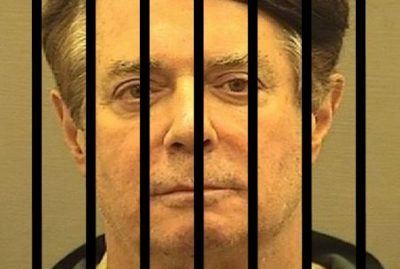 I haven’t made my mind up whether Paul will get a pardon.
I may or may not say so while I speak in the Rose Garden.
But even if I pardon him (the poor old man has gout),
The D.A. in Manhattan will ensure he won’t get out.

He’s led a life of excess, always focused on the bling bling,
And once he’s sprung from federal, he might end up in Sing Sing.
I feel for Paul, I really do; he’s worth another chance.
But he’ll do time in New York – he’s been charged by Cyrus Vance.

My takeaway from both his trials – no mention of collusion.
(Of course, he wasn’t charged with that, so victory’s an illusion.)
The second judge made very clear (if anyone has heard her):
You can’t commit tax fraud, yet claim you’re innocent of murder.

“The no-collusion mantra,” said the judge, is a “non-sequitur.”
No doubt Paul’s legal counsel thought (I paraphrase), “To heck with her.”
She added less than four years, once her trial had run its course –
So nobody should look into the mouth of that gift horse.

The general opinion seems to be Paul got off easy here,
Considering the levels of conspiracy and sleaze – severe.
Why pardon him? There’s others who may still try to depose this lout:
I’m desperate that he never tells the truth of what he knows about.