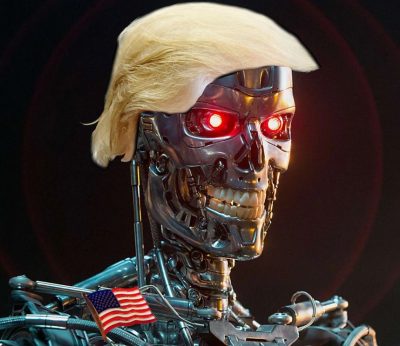 In Syria I’ve declared victory, and therefore our troops will vamoose –
Except for the ones that I’m leaving behind; I will use “oil” as the excuse.
The void that is now filled by Russia, along with Iran and the Turks,
Makes clear that I’ve now washed my hands of the Kurds; also makes the U.S. look like jerks.

Since I was receiving no credit for what I said was a great outcome,
I now say our troops must remain on the ground since the oil fields won’t be safe without some.
I tweeted our soldiers were home-bound – however, that route is circuitous.
We’ll see where they end up, while meanwhile the Russians, the Kurds, and the Turks are eschewing us.

I’ve even upset the Israelis (so much for Ivanka and Jared) –
They fear the resurgence of ISIS; potential for missile strikes has them quite scare-ed.
I’ve muddled the balance of power; I’ve weakened America’s presence.
This lets Iran build a land bridge; reconfigures the whole Middle East map, in essence.

Once again, I cave in to the strongmen. It seems I keep beating the same drum.
I treated the Kurds like I treat the Hispanics and told ‘em, “Go back where you came from.”
Pulled out of a fight over sand, so – I’ll call it a win, not a cop-out.
Although I’ll be sending a few soldiers back to a country that suffers non-stop drought.

I keep making short-term decisions, yet claim that I’m playing the long game.
Keep tossing a gutter ball, call it a strike – and then mark it all down in the wrong frame.
My actions are always myopic when I’m left to my own devices.
Perhaps that explains why I couldn’t foresee this will lead to a comeback for ISIS.