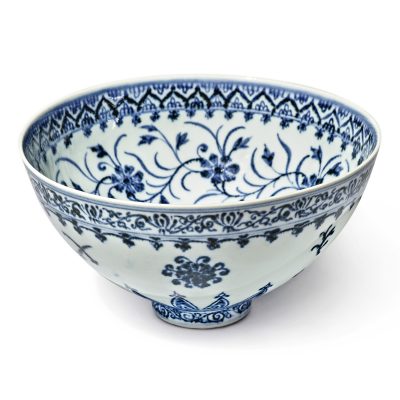 A sharp-eyed bargain hunter made a big score.

A man bought a bowl at a yard sale;
he shelled out just three-point-five sawbucks.
And then, in an almost bizarre tale,
found out that its worth made him awestruck.

The bowl, which he bought for a pittance,
might be worth a million (one-half of).
A great return on his remittance
(imagine that yield in a graph of).

Connecticut – town of New Haven –
is where he acquired this rare artifact.
He bargained; the owner then gave in
(that person’s now having a heart attack).

At flea markets, tag sales, and swap meets,
it helps if you come there with knowledge
to recognize some tabletop piece
could put all your children through college.