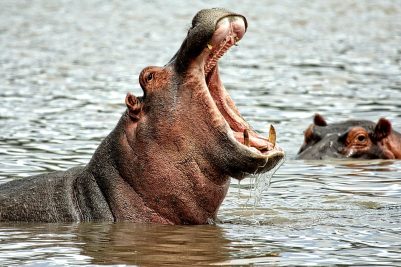 Steps are being taken to limit any further population growth of a mammoth mammal.

Here’s a dicey topic one ignores and not discusses:
birth control administered to hippotamuses.
There are several methods (none relying on a condom;
that’s a risky effort if you’ve tried to slip one on some).

Hippos in Colombia – brought in by Pablo Escobar;
derelict herd management’s allowed them to progress so far.
Starting from just four, left to their own they chose to multiply.
(If you stick with Latin, then the plural’s “hippopotami.”)