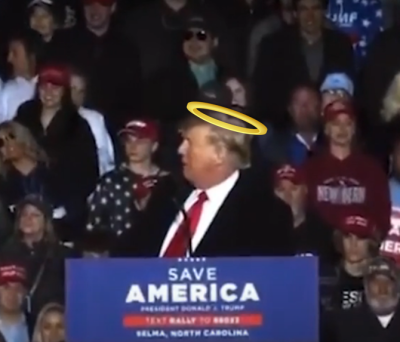 Temperance is the only virtue that can’t be struck off the list.

I’m the cleanest and most honest human being God’s created.
(That’s a paraphrase of something that I actually stated.)
Then I threw in a disclaimer when I later mused, “… perhaps” –
which will get me off the hook for any ethical lapse.

I have never told a lie – although I’m sometimes hyperbolic.
I believe I’m calm and kind – so please don’t call me vitriolic.
I’m the world’s greatest builder – though I only lend my name out.
I endorse the finest candidates – not my fault when they flame out.

I still draw the biggest crowds – don’t seem to notice when they dwindle.
I stonewall investigations – then move on to the next swindle.
I throw arms around the flag – then claim the last election “stolen.”
I go after Biden’s kid – my son-in-law? Saudi’s bankrollin’.

I’m as healthy as a horse – though I could stand to lose a few pounds.
I decry the mainstream media – yet covet time with newshounds.
I proclaim I got the most votes – yet still lost the last election.
I declared love for supporters – in the midst of insurrection.

With my background as a serial adulterer, seems odd
that I’d proclaim I am the very best created yet by God.
It’s a strange anointing, since I’m unfamiliar with the Bible.
And my lawyers just informed me: God’s now suing me for libel.

2 thoughts on “Assessed by God”