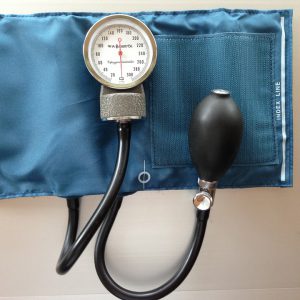 Noted architect Ludwig Mies van der Rohe is famously associated with the maxim “Less is more.” Of course, if he really believed that, his business cards would have read “Louie.”

As my personal mantra, I have adopted the belief that “More is more.” To that end, my daily caloric intake, cholesterol level, and blood pressure readings are at all-time highs. So far, I have not been able to convince my doctor of the wisdom of this approach to life. Therefore, I am now on a regimen of pharmaceuticals, forced exercise and dietary intervention intended to undermine my personal philosophy.

My wife is actively involved in trying to get me back to a state of “less”:

I’ve also been advised to take up a hobby – as long as it doesn’t involve food, beer, or buying a boat. That pretty much leaves my only choices as vacuuming or taxidermy.

Exercise? I rushed out and spent a small fortune on a new set of golf clubs, only to be told I had to walk the course; no riding in carts. What am I supposed to do with forty pounds of equipment – carry it? Also, there’s the beer prohibition.

Because of the cholesterol medication, I can’t consume anything with grapefruit in it. Not even a Sea Breeze, which I tried to point out also has cranberry juice in the mix and is good for my urinary tract, or complexion, or something.

The only thing I’m allowed seconds of is salad, but what’s the point if I have to eat it bereft of blue cheese dressing?

For the elevated blood pressure, I’m on a medication called “amlodipine.” I know how they decided on that name – since starting it, I am doing a lotta peein’. One of the cautions while taking it is to avoid getting up too fast from a sitting or lying position. I was already avoiding getting up too fast from those positions – by rarely doing so — so how exactly is this drug helping me?

One high number I’m still shooting for is the age (hoping for triple digits) listed in my obituary. The irony here is that the effort required to achieve that milestone is more or less killing me.

One thought on “The Numbers Racket”