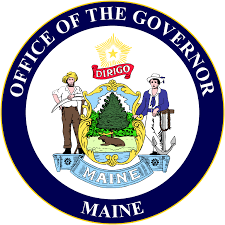 Hello! My name is Paul LePage.
And, although Governor of Maine,
I’m sometimes on the national stage
In order to share my disdain.

I made the headlines just today
When I said Donald Trump was right.
And I have every right to say
There’s fault on both sides when they fight.

Do you recall there was a war
When Nazis tried to rule the world?
They shot at us, we shot some more —
On both sides violence unfurled.

And therefore both sides were at fault,
Just like last week in Charlottesville.
There, neither side came to a halt
Until that poor, sweet girl was killed.

I feel that she was victimized
By those with whom she was aligned.
The right, the left — both radicalized.
The fault was equal, in my mind.

Some leftists don’t know history;
What’s past is prologue — so say some.
Without these monuments, there’s mystery.
Can’t recall if North or South won.

When Lee’s statue is removed, or Jackson’s —
All signs of Confederacy are scoured.
We’ll all suffer from these actions.
Next up – 9/11! What planes? What towers?

I’ve made it very clear I hate
The Klan. Our values have no matches.
But their opponents aren’t so great
Since I also loathe the anti-fascists.

So keep in mind, if Nazis come
And set up shop in your backyard,
Don’t raise a fist, or come undone —
‘Cause Trump and me will come down hard.

The Prez and I see eye to eye
Quite often. We just love to gloat.
The rest are wrong when we are right.
(And we both lost the popular vote.)

So don’t forget my words to you
Designed to cause much agitation.
My bluster will make it easier to
Erase memories of my administration.