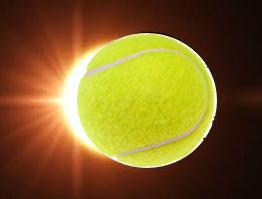 Carol and I recently traveled to our former stomping ground of Greenville, SC to witness the solar eclipse with a group of long-time acquaintances. Greenville was firmly within the path of totality — which, if you weren’t paying attention to the technical jargon associated with the event, meant that flights and hotels were totally oversold and subject to “surge pricing,” and dinner reservations were impossible to secure.

Fortunately, our dear friends Bert and Marsha were coming from Raleigh to join the festivities and were willing to pick us up Saturday afternoon at the airport in Charlotte, NC, which made the flight somewhat more affordable; our other dear friends John and Dorian kindly offered to put us up in John’s condo during our visit, which spanned several days. Friends like these are hard to come by, so I displayed great affability when specifying the brand of bottled artesian well water and selection of gluten-free snacks I expected to be available during the car ride, and when acceding to 400-count Supima sheets on the guest bedding vs. my normal standard of 800-count single-ply Egyptian cotton.

We arrived at the condo just in time for a lovely dinner (albeit without being offered an apéritif), with the courses punctuated by animated discussion rather than the palate-cleansing sorbet that one expects to be served. Carol continued chatting excitedly with everyone after the meal, so I was reluctant to interrupt the flow of conversation to ask when a digestif, or anything resembling a pousse-café, would present itself.

I slept well enough, considering I’d been offered no Calvados or Armagnac to lull me into the requisite state of drowsiness. After breakfast on Sunday morning, Bert and I headed out to resume our decades-long tennis rivalry, albeit on public park-quality asphalt rather than the neatly-clipped grass courts my game normally responds to. It was a typical, late-summer, upstate South Carolina day — unrelenting sun and high humidity. Because there were no ball boys stationed on alert, and no medical personnel to reapply PABA-free sunscreen, I relied on a series of lobs and backspin drop shots in an attempt to minimize my exertion and hastily dispatch my opponent. After the match, since Bert had driven and also chased after several of my enthusiastic service returns that had flown over the fence and across the parking lot, I said if he was willing to stop at a convenience store on the way home I’d dash in and grab some electrolyte-restoring refreshments for the two of us. Fortunately, he had sufficient cash on hand to cover the purchase since I’d left my wallet at the condo (the imbalance it creates while nestled in the back pocket of my tennis shorts impedes the precise placement of my forehand volley).

After taking a shower (no cap!!) and indulging in a brief afternoon siesta (on the very same sheets I’d slept on the night before… oh, well — one must make do), it was time for another gourmet meal provided by our hosts. Much to my delight, we indulged in an exquisite prime rib dinner. The chef had thoughtfully prepared two roasts — therefore, I had one all to myself.

Afterward, I agreed to several pours of a domestic cabernet sauvignon and found it acceptable. As I swirled my stemware to check the legs on the last of my wine, I turned to the rest of the assembly to suggest a spirited round of charades, or perhaps I would challenge them all simultaneously to speed chess. However, I was surprised to find myself alone in the living room; everyone else had apparently slipped off to bed without offering their a demains. Well, so much for manners — I took advantage of the solitude to knock off the remainder of the carafe as well as a substantive portion of another bottle I found after an extensive search in the pantry. I slept much better that evening.

Upon awakening, I vaguely recalled it was Monday and therefore the day of the total eclipse. I sauntered into the dining room to find everyone — including two additional guests of whose anticipated arrival I had not been informed —  giddy with anticipation over the impending event, gathered around the dining room table and eating pizza. Apparently, I’d slept through breakfast and no one had thought to come and bring me a demitasse or croissant for my morning repast. Well, when in Rome (or, in this case, South Carolina)… I placed a variety of slices on my plate (a paper plate; apparently this was a casual meal), and expertly eviscerated my lunch with knife and fork while delicately sipping my way through a six-pack’s worth of assorted IPAs.

By now it was time for the eclipse to begin, so we traipsed outside with our special eyewear and took up positions on the lawn for the viewing. It was again very hot and muggy, and I may have had 3 or 4 more beers than considered prudent, so in short order I returned indoors to use the facilities. After completing my toilette I returned to the viewing area — imagine my surprise when told the moment of totality had passed. I shook a fist in the direction of Sol while cursing everyone present for not texting me before the corona made its fleeting appearance.

Now there was nothing left to do other than guzzle the remaining beer and wine, consume the leftover pizza, and sullenly slog through the remainder of the afternoon and evening until it was time for bed (oh, those sheets…). We had an early flight the next morning and I’d requested our same friends drop us back at the Charlotte airport since it was only a 90-minute detour from their usual route home. Once we arrived at the departure drop-off area, Bert and Marsha leapt from their vehicle to place our luggage curbside. Carol showered both with hugs, kisses and profuse thanks, but before I could receive my farewells our friends were back in the car and speeding toward the airport exit. I presume they must have had a dental appointment they were in a hurry to get to, since I’d noticed both of them grinding their teeth along the way as I spontaneously course-corrected for directions provided by an antiquated GPS unit.

We didn’t have assigned seats for the return flight, so when we reached the gate we checked with the attendant. She asked if we wanted to sit together, but before I could nod my assent Carol spoke up to say, “That isn’t necessary.” Carol’s seatmate turned out to be a talented amateur photographer, who spent their time in the air showing her some extraordinary pictures he’d taken of the eclipse, while also providing useful tips on how to make fuller use of her point-and-shoot camera. My seatmate spent the entire flight viewing white supremacist videos on his portable tablet.

During my travels, I didn’t see the one thing I wanted to — but saw something else I wish I hadn’t. With all the warnings against being blinded by the eclipse, now I was reminded not to turn a blind eye to hatred.

This trip reminded me of how important it is to speak up when I see an injustice. And probably over something more important than the thread count of my sheets.

One thought on “Eclipse Job, or Sun of a Bitch”