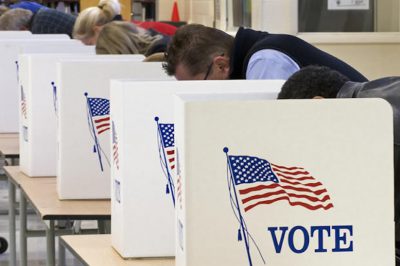 I said let’s build that wall – but it hasn’t been built.
I said let’s drain the swamp – but it’s filled to the hilt.
I said I would repeal and replace you-know-what.
I passed middle class tax relief… that’s not clear-cut.

Your salary? If you’re a CEO: made more.
Relations with China? I started a trade war.
Denuke North Korea? That outcome is fading.
My Commerce Department head: insider trading.

Promises made, and some promises kept:
A few efforts paid off, with others inept.
When asked how I’d grade myself, I gave the highest.
I say that with modesty, since I’m unbiased.

The midterm elections are coming up quickly,
But GOP prospects are looking quite sickly.
In some districts where I prevailed by a landslide,
Incumbents now find they are running with hands tied.

The headlines in recent days seem to suggest
The people surrounding me were not the best.
Security clearances I think of stripping
While waiting to see who’s the next to be flipping.

Dems say a blue wave is coming – I disagree.
My distance from what is truth at its apogee.
Talk of impeachment’s becoming intense…
Remember: you dump me, you’re stuck with Mike Pence.